What Happens When Amazon Loses Your Inventory?

The following drama is based upon a true story. The names and details have been changed to protect the innocent.

Gary was gearing up for the dream selling season of most Amazon sellers — the holidays!

His sales in September had been holding steady, but he knew that in November and December there would be increased sales for his niche. So Gary was planning ahead.

It was the beginning of October, and Gary was already on the phone with his supplier ordering an extra 1,000 units for the holidays. One of his greatest fears was running out of stock when orders started pouring in.

Gary knew that production for his product was 4 to 6 weeks, so by ordering in October, he was guaranteeing that his inventory would be filled before the holiday rush.

So when Gary received a shipping confirmation from his supplier in the middle of November that his product was sent to an Amazon warehouse, he was thrilled. Now the only thing left to do was to sit back and ride the wave of holiday sales!

But a week and a half later, Gary noticed something peculiar. Even though Amazon was showing that his new inventory had been delivered to Amazon FBA, his inventory stock number wasn’t changing.

He decided to investigate since Black Friday was just around the corner.

Gary called Amazon support and was told that an investigation would have to be issued to resolve the issue. Within 48 hours, he should receive a response, and the issue would be resolved.

Gary waited patiently for two days, but when three days had passed, he decided to call back. After several different phone calls, Gary learned that Amazon couldn’t find his new shipment.

It was lost and would take five more days to figure out where it went.

Gary was confused, livid, and scared. Black Friday and the entire holiday season was just around the corner, and his inventory was quickly running low.

What the heck was Gary supposed to do?

And to make the situation even worse — there isn’t much you can do about it. It’s the cards you’ve been dealt, my friend. Trust me — you can call, email, chat, curse, and stick pins in a Jeff Bezos voodoo doll, but you’re not going to speed the process up or change the outcome.

Amazon is the big dog here. You are not. And though that’s not the message they’re trying to send, it will be the message you’ll seem to be hearing during this entire process. Again, trust me — they can do very well without you.

What Does Amazon Do If They Lose Your Inventory?

Okay, here’s the short answer - they pay you for it.

Wait! Don’t get too excited.

Now for the not too exciting part…

How Long Does Amazon Have to Find Your Inventory?

Okay, here’s the short answer - as long as they want.

The truth is Amazon may tell you they need 48 hours or 3 more days or 5 more days or 1 more week, but in the end, they’re probably going to cross each of those deadlines without blinking an eye.

Trust me, I know.

Again, they’re a large company with millions and millions of products who are now trying to locate your shipment of 500 units. You’re not going to be at the top of their to-do list.

Now, I’m not trying to say Amazon is really thinking this behind closed doors. It’s just the truth of the matter. They will be looking for your missing inventory, but it won’t keep them up at night like it will you.

And since this article is turning out to be a real picker-upper, let me just rain a little harder on your parade…

Let’s just say that after 3 grueling weeks, Amazon is pressed to admit that they have indeed lost Gary’s inventory. They tally up the units lost and multiply by Gary’s sale price, and the next thing you know Gary gets a deposit from Amazon for $10,000 (minus the fees).

Well, at least Gary made his money up, right? Now Gary can put that money back into new inventory or even a new product, right?

You see, if Amazon is cleaning up a warehouse one day and finds Gary’s lost inventory, they can reverse the $10,000 reimbursement by taking it out of the next deposit.

So how long does Amazon have to find the product? That piece of information is conspicuously missing from this specific policy, so no one can really answer that for sure.

But the truth is Gary could gain $10,000 in November only to lose $10,000 in December due to his newly recovered inventory.

Trust me. I know.

Why It Hurts So Bad

Initially, you might be thinking that the real pain here is centered around the lost profit on the product. Gary is out $10,000 for a while.

But even though that’s bad, the real tragedy in these situations is inventory.

Think about Gary’s situation for a moment. What does Gary do while he’s waiting on an answer from Amazon? He’s running out of stock, and the holiday season is upon him.

Let’s say that Gary calls up his supplier and begs for a two week turnaround time on his product. Even if that were possible, he’s still lost two weeks of his peak sales season.

The best scenario is that Gary can get a 2 week turnaround on his product, then be completely reimbursed by Amazon for the lost inventory one week later. In that narrative, Gary doesn’t lose much since the $10,000 from Amazon is like selling 500 units in the last three weeks.

But remember, Gary doesn’t really know for sure if that $10,000 will stay in his account or not due to Amazon’s reimbursement policy.

But for sake of argument, let’s say that Gary is able to call up his supplier and order 500 more units in a 2 week turnaround. And in 2 weeks, Gary is pleased to see that this shipment actually gets entered into his inventory. Great! He’s back to full capacity for the month of December.

But then Amazon emails him and announces that they have actually discovered Gary’s lost inventory. It’s now added into his current inventory.

Is this a good or bad thing?

Well, it’s good that Gary now has an ample amount of inventory. He might not be ordering again for a while. But keep in mind, Gary has now placed two orders very closely together which means he’ll have two hefty payments to make which will also be due closer together.

See the problem? When you’re first starting out, cash flow is the main issue, and a situation like Gary’s can be a nightmare in the cash flow department.

This is why reinvesting your profits back into your business early is so crucial. You can listen to episode 34 of Sellercast where Jon built a 7 figure ecommerce business in 1 year while still working a full time day job to get an extreme picture of how much you could reinvest in your business if your core focus is on growth.

What You Shouldn’t Do

1. Don’t wait. If you notice that inventory has shipped to an Amazon warehouse but isn’t showing up in your inventory, email, call, or chat with support right away. You may be saving yourself some valuable time.

2. Don’t lose it. You’ll be angry, and I get that. You’ll feel cheated, and I understand. And I’m not saying you can’t express that anger and hurt through a phone call or email. But what you don’t need to do is go cray-cray on the Amazon rep. Believe me when I say you will need them on your side, and blowing your top is only affecting you. It will not speed up or change the outcome. You are like a small fish threatening a cruise ship. They won’t heed your warnings.

3. Don’t let your inventory get too low. Now sometimes you can’t control unexpected increases in sale, but by all means necessary, don’t play the close game with your inventory. Avoid being under a tight deadline by keeping your inventory fully stocked as much as possible.

4. Don’t visit Jeff Bezos’ house and hurl your product at his windows while shouting obscenities. This will not end well. Trust me, I know.

(I’m just kidding about that last part. I never did that.)

What You Should Do

1. Make noise. When you start trying to resolve the situation of your lost inventory, at some point you’re going to feel like you’re getting nowhere with Amazon. You’ll be frustrated at the lack of response, the lack of action, the lack of concern. But don’t give up. Don’t stop calling, emailing, and chatting with customer support. The old adage remains true - the squeaky wheel gets the grease. Let Amazon know that you are not going to let up until the issue is resolved.

2. Contact your supplier quickly. If you have a good relationship with your supplier, contact them as soon as Amazon confirms that your inventory is actually missing. You may not need to place your order immediately, but go ahead and explain your situation to them. Then, if you do need to place a new order a few days later, they’ll understand the need for a quick turnaround.

3. Email jeff@amazon.com. Now this is no guarantee, but some sellers have had success by sending an email directly to Jeff Bezos. Now of course, “directly” isn’t to be taken literally, but some sellers have experienced a quicker resolution once they’ve taken this route. I honestly don’t know from experience if this helps, but it can’t hurt to try.

4. Use the customer support survey. At the end of every Amazon investigation, you’ll receive a customer survey question that asks for your feedback concerning their support. Don’t skip on this one. Let Amazon know exactly what your experience was like and how it made you feel. Express your disappointment if the investigation took a long time to resolve, and explain how the situation personally affected your business. The more Amazon sellers who speak up, the more chance we have that Amazon will respond by figuring out how to resolve these issues in the future.

Losing your Amazon inventory is one of the most frustrating experiences as a seller. But what makes is the absolute worst is when you have no clue what to do or what the possible outcomes will be. Hopefully, this article gives you more clarity about both of those issues.

You’ll need to be firm but patient and loud but respectful. Settle in for the long haul, but act like every email will speed up the process. You may be a little fish in the ocean but make the biggest splash you can.

If you're reading this article because Amazon lost your inventory hopefully they'll find it soon. In the mean time, you might as well spend a few minutes to create your free Salesbacker account. Get started with Salesbacker here.

Posted in How To Guides 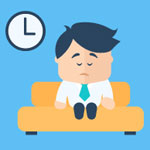 Don’t Just Sit There! Six Action Steps to Take While Waiting for... 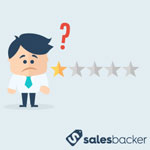 How to respond to 1 star product reviews on Amazon 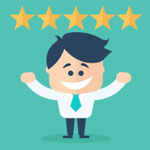 Should you use the Amazon Early Reviewer Program? 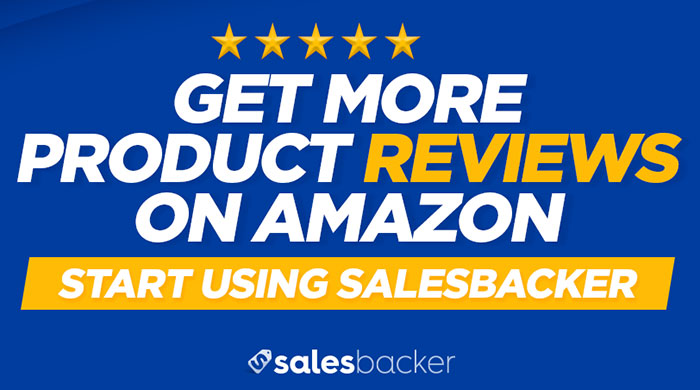 Download this free guide that will teach you long-term review strategies that last. Start getting a steady stream of reviews every single day for your products on Amazon.